After APOLLON proved itself successfully in day-to-day design work in the first version, the upgrade to version 2022 now brings a range of practical innovations. Our ideas for smart building and the valuable feedback from APOLLON users have incorporated new tools, many extensions and significant improvements in the upgrade.

Creating and managing your own profile series, placing objects on the model, and applying processes: We have worked on every aspect to make parametric design even more convenient and easier.

The new “Joint Content Center” is the central control point for managing and selecting connectors. Almost all connectors from the standard parts database are available as 3D data. In addition, item numbers for the parts can be freely assigned.

The connectors can be placed freely in space or with the option of aligning them with solid or surface edges. If the alignment option is selected, the connector is attached to the cursor and can be placed on any edge of an object in the model and supports its alignment. The part can then be moved freely and processed further using Inventor functions such as “Constrain”.

The command provides tools for building your own semi-finished product database. The basis for this is freely configurable profiles in ten different designs which can be selected via a drop-down menu. Self-created semi-finished products are assigned the following values when they are saved: Profile type, designation, item number and material.

The semi-finished products are placed on the model using the three options already known from the APOLLON bar definitions. In addition, a surface selection has been added which allows the start of an extrusion on any surface, e.g. on a body face or work plane. A semi-finished cross-section can be extruded interactively up to another surface or by specifying a line length.

Bar cutting: Notch according to outline

The “Bar cutting” dialog has been revised. The cutting classes are now identified by symbols as weather-side or inside and can also be sorted according to this property. Another symbol indicates whether the class has a notch.

A preview function and a pull-down menu for selecting a bar in the event of multiple bars are available for rapid working.

The new APOLLON command “Divide bar” allows you to divide one or more bars with their own surfaces and solid figures or in the work plane. A separate value can be defined in the plus or minus range for each bar class. The cut is always made orthogonally to the bar axis; in the case of slanted parting planes, the bar is parted at the intersection point of the parting planes and profile axis.

Automatic parting is now realized via the profile section, e.g., in the following situation: A transom with two gaskets separates the gasket on a continuous mullion, the parting of this gasket is listed accordingly.

In APOLLON, models can now have different infill thicknesses per bay. Mounting areas are defined for the infill thicknesses, which APOLLON uses as the basis for calculating the gasket thickness and automatically assigning the suitable gasket.

APOLLON is fault-tolerant here and also accepts infills that exceed the mounting area, but marks them with a color.

With the new command “Slice plane” APOLLON allows processing at both ends of a bar. By defining any number of slice planes per end, even complex cuts are possible; definition is carried out per cutting class in the dialog.

The previous commands “Modify bars” and “Modify infills” have been combined into the command “Modify objects”, which is now also used to modify semi-finished products. When multiple objects are selected, the object type is selected in a submenu.

In the “Create bar definition” dialog, you can simultaneously add a weather-side component and an inside component, improving clarity. There are three options to choose from for the components:

In addition, for more intuitive use, the area for inputting distances has been provided with self-explanatory graphics or buttons.

In the Profile Content Center, the “Rotate”, “Move” and “Mirror” commands, which were previously available individually, have now been combined into a single “Transform” command. The three sub-commands are offered as options in a “mini toolbar” and can also be combined with each other, so that a profile can be moved, rotated and mirrored at the same time.

If windows are opened in the “Profile Content Center” in which profiles are listed, they can now be displayed sorted by name, item or date.

An option has been added under block properties to assign an individual color to notch outlines. Individual colors can also now be assigned to polylines, e.g. reference lines and insertion points. 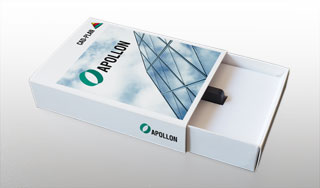