back to "News from CAD-PLAN"

Each year it is a big event for cycle sport fans – the 24 hour cycle race “Rad am Ring” at the Nürburgring. Mountain bike races, e-bike races and especially the traditional road-bike race has attracted thousands of cyclists and spectators to the Eifel over the years.

This time the Eifel weather displayed its unpredictable character and really played havoc with the race program. Squalls were forecast so the race supervisors were compelled to move the start of the race to 1pm Saturday. The starting shot could only be given seven hours later at 8pm so that the 24-hour race become a 17-hour one.

The shortened racing time meant that the proportion of laps completed in the night was larger and so the lap times generally were not as fast as during the daylight hours. Nevertheless the CAD-PLAN team was able to improve its average lap time in comparison to last year from 54:38 min. to 54:12 min. The four CAD-PLAN cyclists managed to cover 19 laps in 17:09:44 hrs. In the field of 684 four-man teams this placed them 62nd (an improvement of 30 places compared to 2014) and 16th place in the “Master II” age group. An even better position would have resulted if it had not been for a flat tire which forced Walter Schmidli to return on the track. The front wheel was soon changed, but the tire failure cost valuable time.

Saturday was already spoiled due to the storm and the night produced unusually low temperatures of 5°C which made the cyclists shiver, especially when waiting for the previous cyclist to finish on the track. The right mood and race atmosphere could not prevail at such low temperatures and many competitors returned to their tents between the laps.

The Sunday proved to be more sunny and produced the best weather for the drivers through to the award ceremony.

Markus Koch found it a pity to arrive at the cyclists camp on Saturday morning to find the pavilion tents which had been erected on Friday evening had been blown away by the wind. Overall though, the 2015 edition of the Rad am Ring was a great event for the cyclists in the CAD-PLAN team. For Rad am Ring 2016 though they hope for slightly better weather and a real 24-hour race. 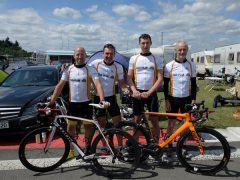 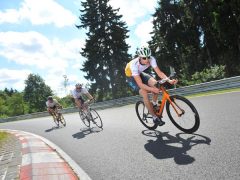 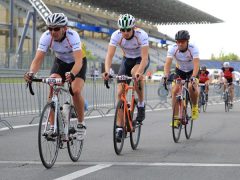 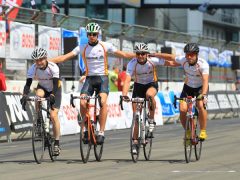 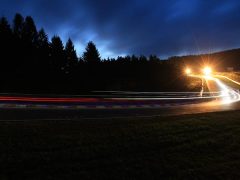 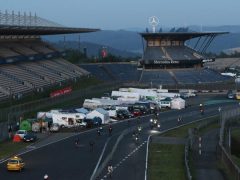