back to "News from CAD-PLAN"

Since 1982 each year at the end of August a cycling marathon is held in Ötztal in Austria. Those in the cycling scene regard it as especially demanding and difficult. Between the start and finish in the popular ski resort of Sölden there is a distance of 238 km which includes four Alpine passes and 5,500 meters of accumulated height. The route normally takes the cyclists between seven and fourteen hours to complete.

About 20,000 cycling enthusiasts enter each year for slightly more than 4,000 starting places which are largely issued by drawing lots. Two cyclists from the CAD-PLAN team were lucky as each was given one of the rare places – Jan Koopmann, Sales Manager Netherlands, and Alexander Krüger, Sales Manager Germany North. The Alpine marathon presented a special challenge as their home regions in the Lower Rhine and Hamburg did not offer adequate training conditions for the often extremely steep climbs and downhill runs in the race. Alexander Krüger was able to train in Mallorca in the spring and Jan Koopmann spent his summer holiday training in the Alpine passes.

Despite sub-optimum preparation both CAD-PLAN cyclists finished; Alexander Krüger even produced a time of less than ten hours to take 376th place in the age class “Up to 35 years”. In temperatures up to 35°C in the valleys the climbs were a big challenge and Jan and Alex found the last mountain pure torture. Then in the downhill phases enormous speeds were achieved with both CAD-PLAN cyclists reaching significantly more than 100 km/h.

CAD-PLAN is very proud of the performance of both of its cyclists, Jan Koopmann and Alexander Krüger, and hopes to be able to send a team to the Alps again next year. Participation of a CAD-PLAN team in the Ötztaler cycling marathon in 2016 is however very uncertain due to the lottery of competitors. 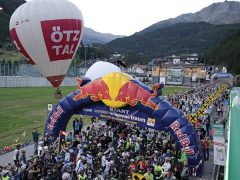 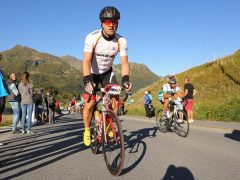 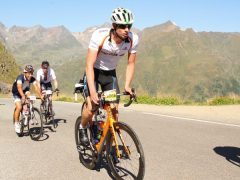 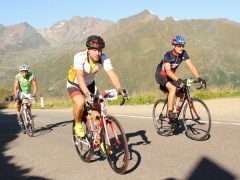 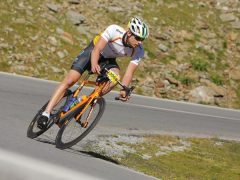